At the 2019 Payment Card Industry North American Community Meeting in Vancouver, Canada, the topic that garnered the most conversation among the 1500+ attendees was, of course, the Council’s preview of the long-anticipated Payment Card Industry Data Security Standards version 4.0 (PCI DSS v.4.0).

PCI DSS v.4.0 is the next major evolution of the 15-year old PCI DSS framework. The last significant revision of the PCI DSS (PCI DSS version 3.0) occurred in 2013. Since that time, there have been three minor revisions, resulting in the current version 3.2.1. Emma Sutcliffe, Senior Director, Global Head of Standards from the PCI Security Standards Council, opened her session by announcing, “there are going to be a lot of changes upcoming in 4.0.”

While the RFC version of PCI DSS v.4.0 has not yet been released as of this writing, LBMC was able to capture several insights from the Council’s preview of the upcoming PCI DSS v.4.0 that may be of interest to PCI merchants and service providers. Those details are shared below, as well as additional information about the RFC process and how you can be involved.

Four goals are driving the development of PCI DSS v.4.0:

The planned updates for the standard will focus on strengthening security control requirements and adding flexibility for achieving compliance with the framework via the use of different reporting options.

While the 12 high-level requirements will remain the same, there will be several new control specifications within the requirements that are proposed to address the ever-evolving risks and threats to payment data. The proposed changes are meant to reinforce security as a best practice and to be implemented into the business-as-usual cybersecurity operations process via a continuous audit approach. Additionally, all requirements have been redesigned to focus on the security objectives of each control. This approach is expected to reduce the need for the use of compensating controls and allow for more flexibility for organizations. The specifics of the control changes proposed in version 4.0 will be made available in an upcoming RFC (more details below).

Below are some of the updates to PCI DSS v.4.0 that were revealed during the session:

In the most-talked-about change to the Standards, PCI DSS v.4.0 plans to provide increased flexibility for organizations reporting their compliance state. This new model will provide additional support for organizations who may achieve security objectives and meet the PCI compliance requirements using innovative technologies and leading-practice approaches to cybersecurity risk management. To allow for this, PCI DSS v.4.0 will provide two options for validation of controls: A defined implementation or a customized implementation. 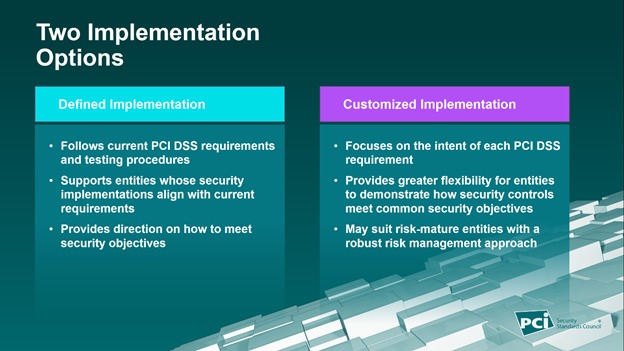 The Defined Implementation Approach is based upon the current PCI methodology and is how entities currently assess and report their compliance with PCI DSS. The Customized Implementation Approach provides additional levels of flexibility for assessing and reporting compliance. In this approach, the entity is responsible for understanding the intent of each PCI DSS requirement and demonstrating how its existing security controls achieve the requirement (which may deviate from the PCI DSS control specifications). Organizations can choose to report their compliance via one of these two options or choose a blended approach where some of the control requirements may be assessed under the defined implementation and others using the customized implementation approach.

Validating to the Defined Approach

Entities choosing to validate their PCI compliance using the Defined Approach will continue to assess and validate their compliance in the same manner that they have previously done.  These entities will be responsible for implementing and validating all of the PCI DSS v.4.0 requirements as written, and, entities using a QSA will find that the QSA firm continues to execute the testing procedures as specified in the PCI DSS Report on Compliance.  In this approach:

Validating to the Customized Approach

Assessing PCI compliance under the Customized Approach requires several more steps of the entity as well as the QSA assessor: 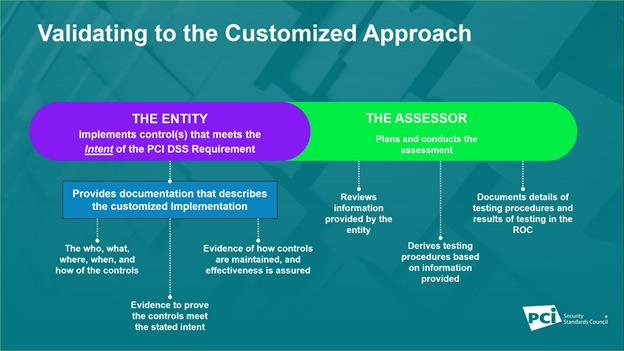 Assessor firms conducting Customized Approach assessments will need to spend additional time during the RoC assessment process understanding their clients’ customized control processes and then developing sufficient testing procedures such that the assessor can confirm the effective implementation and operation of the customized controls, as well as that those controls do indeed provide equivalent (or better) security as the defined PCI DSS control.

What does the Customized Approach mean for Compensating Controls?

The overall structure of the PCI DSS is retained in version 4.0, and will keep the same 12 high level requirements. Changes to PCI DSS’s layout and descriptions v.4.0 will include:

As with previous iterations of the PCI DSS, LBMC expects that there will be a grace period for organizations to comply with the newly defined requirements, and PCI DSS version 3.2.1 will remain valid for a period of time to support organizations transitioning to the new version of the standard.

While the changes outlined above are expected to be included in the draft of the PCI DSS version 4.0, there is still an opportunity for these elements to change before the final version is released.  The Council will be soliciting feedback from the payments community via a Request for Comments (RFC) process.  The first public RFC of PCI DSS version 4.0 draft will occur in October 2019.  It is expected that the review comment period will be approximately six weeks.  The second RFC period of the v.4.0 draft is tentatively planned for Q2 2020.  After allowing time for incorporation of relevant feedback obtained during the RFC periods, the final version of PCI DSS v.4.0 is not anticipated to be released until late 2020.

Participating organizations, QSAs and ASVs will be receiving a full draft of the PCI DSS v.4.0 and additional supporting documentation in late October and will be invited to submit their comments and feedback during the RFC periods.

So, how can you get involved in the RFC process?  There are two ways: The PCI SSC is opening up the RFC process only to Participating Organizations, QSAs, and ASVs.  If you are not currently a Participating Organization, consider joining now, so that you can provide feedback on the PCI DSS and attend future PCI Community Meetings for no additional cost.  Alternatively, if you are not a Participating Organization, but you are a client of LBMC Information Security, we will be happy to conduct a private briefing with you to obtain your feedback on the draft and provide your comments to the Council during the RFC period.  Simply contact your LBMC Information Security lead QSA to let us know of your interest in reviewing the draft of PCI DSS v.4.0. 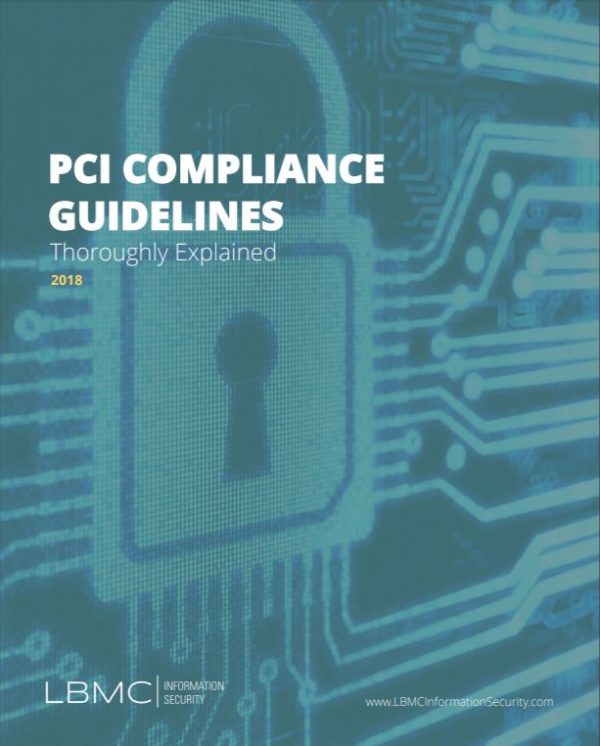 If your business handles credit card data, this guide is for you.