What makes Tennessee such a great place to live? Some of the many reasons could be our southern hospitality, mild winters, almost unlimited entertainment choices, and one of the lowest costs of living in the country.  Now we can add even one more reason; lower individual taxes.

Within a few years, Tennessee will not have any form of tax on personal income.  We already enjoy the benefit of not having a true individual income tax, but we do have the “Hall Tax” on dividend and interest income from certain investments. The repeal of the Tennessee Hall tax has been a hot topic among state legislators since being introduced in the Senate in January 2015. Governor Bill Haslam has signed into law the bill that intends to repeal the Hall Tax by January 1, 2022.

History of the Hall Tax

The Hall Tax is named after the senator who sponsored the legislation and was enacted in April 1929.  Interesting timing, considering the stock market would crash shortly after in October of 1929 with the Great Depression soon to follow.

For tax years starting on or after January 1, 2016, the Hall Tax rate drops from 6% to 5%.  However, the plan gets a little vague from 2017 until 2022.  After the tax year 2016, the law states that it is the legislative intent that the tax is reduced by 1% annually through enactments of general bills enacted annually starting with the 110th General Assembly (Tennessee’s 2016-2017 fiscal year).  So in essence, Tennessee legislators will have to pass additional bills each year in order to reduce the Hall Tax further until January 1, 2022, when the tax totally goes away.

You may have heard in the news one idea was to measure the state’s revenue growth each year, and if it grew by 3%, then the Hall Tax would get reduced by 1% until the tax rate was at 3% and then reduced by .75% until the Hall Tax rate hits 0%, thus going away.  This would have at least given the repeal somewhat of a structure, however, this amendment was taken out of the bill late in the game, leaving the Hall Tax rate up in the air until 2022.

Impact of the Repeal

The new law leaves several hard to answer questions at this point in addition to the uncertainty about further rate reduction.

There is no way to know if the legislators will vote to reduce the tax each year until 2022. Talk about kicking the can down the road. Local municipalities may either be forced to cut their budgets or come up with the money from somewhere else, potentially from increased property or sales taxes. While discussing the Hall Tax Repeal, legislators operated under the assumption that 50% of Hall Tax savings would be spent on sales taxable goods and services. Whether this is an accurate assumption is anyone’s guess. Take this in addition to Middle Tennessee already being one of the fast-growing areas of the country, there may be opportunities for the lost revenue to be made up with more people paying property and sales taxes in the area, without any rate increases for everyone else.

Hall tax receipts for the fiscal year 2015 totaled around $303 million and the State of Tennessee had a budget surplus for the 2015 fiscal year. The state is projected to again have a budget surplus at the end of the 2016 fiscal year.  However, the state has found it increasingly difficult to rely on the Hall Tax for any substantial portions of the budget as the annual Hall Tax receipts have a roller coaster pattern, often changing drastically from year to year. For example, Hall Tax receipts for the year ended June 30, 2015, were $303 million, up from $239 million from the year before.  This is about a 27% increase in receipts from just one year to the next.  Compare this to the change in Hall Tax revenue from 2008 to 2009 when revenues plunged from $292 million in 2008 to $220 million in 2009, about a 25% drop during the recession in the late 2000’s.

In a study conducted by the state of Tennessee, the state attributes a majority of this year over year fluctuation to be due to mutual funds passing out capital gains distributions which are inconsistent from year to year.

The Hall tax repeal makes Tennessee one of the few states without an individual income tax of any kind.  This provides welcomed tax savings to Tennesseans and makes the state more attractive for people and businesses to move here.  If you would like more information about the Tennessee Hall tax changes, please contact LBMC Wealth Advisors.

Taxable dividends are dividends from ownership of stock in corporations, mutual funds, S-corporation distributions, and a few other sources.  Tennessee uses the term Dividends to include capital gain distributions and federally nontaxable distributions of cash or stock also known as non-dividend distributions. Tennessee taxable interest includes interest from corporate bonds, non-Tennessee sourced municipal bonds, Fannie Mae, Ginnie Mae, and Freddi Mac as well as many other sources.  The state of Tennessee does not tax interest or dividends passed down from most flow through entities, dividends from Real Estate Investment Trusts, bank deposit interest, or U.S. Government interest among others.

WHO PAYS THE HALL TAX?

A person can be subject to the Hall Tax from a couple of different ways.  Generally, a person whose legal domicile is located in Tennessee and their taxable interest and dividend income exceeds $1,250 ($2,500 if they are married and filing a joint return) during the tax year.  A couple of items the State of Tennessee considers to determine your legal domicile is where you are registered to vote, where you maintain your driver’s license, and where you keep a principal residence.  However, if you keep your principal residence in another state, but kept a Tennessee residence for more than 6 months of the year, you will be subject to the Hall Tax for the time spent as a Tennessee resident.  Partnerships, trusts, and estates are subject to the Hall Tax as well. 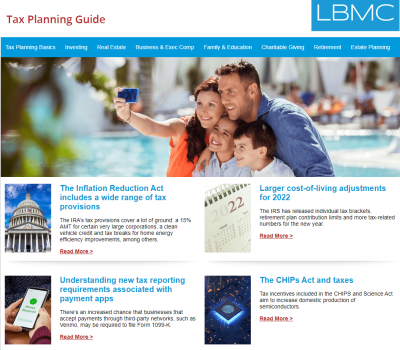