The Wayfair Case: Companies Without a Physical Presence Required to Collect Sales Tax

On June 21, 2018, the United States Supreme Court ruled in a 5-4 decision in South Dakota v. Wayfair, Inc., et al, that states can require out-of-state sellers to collect and remit sales tax on sales to in-state consumers even if the seller has no physical presence in the consumer’s state.  In doing so, the Court overruled 50 years of its own precedent.  The decision allows states to define a sales threshold (either by dollar amount or the number of transactions) which will trigger this collection requirement.  Before Wayfair, businesses with no employees or property in a state (i.e., no physical presence) were not considered to have sales tax “nexus” and therefore had no requirement to collect and remit tax on these sales.  Instead, the consumer was responsible for reporting and self-remitting a use tax to the state at the same rate on those purchases – a scenario which unsurprisingly led to fewer tax dollars being collected by the state.  As a result, many state governments asserted that they were being unfairly hindered in their ability to collect taxes on these sales.  Likewise, many in-state taxpayers complained that they were being undercut by out-of-state remote sellers that were not required to collect the same sales taxes they were.

In a move to bring the issue to a head, South Dakota enacted a law in 2016 which required sellers that deliver more than $100,000 of goods or services into the state or engage in 200 or more separate transactions for the delivery of goods or services into the state on an annual basis, to collect and remit sales tax on all taxable sales into the state.  Online retailer Wayfair challenged this law as being contrary to established Supreme Court precedent and unconstitutional.  In ruling in favor of South Dakota, the Court held that its prior rulings on the matter, some of which dated back to the mid-1960’s and required the seller to have in-state physical presence before it could be required to collect sales tax,  were outdated and effectively caused market distortions with modern technology giving an advantage to e-commerce and out of state retailers over dealers with in-state locations.

What Does This Mean?

As a result of this landmark decision, states now have the right to require out-of-state companies to collect and remit sales tax based on an objective measure of sales and/or transactions (“economic nexus”). Companies that previously relied on the physical presence test to avoid collecting other state’s sales taxes will now need to analyze their sales data to ensure they comply with individual state sales tax laws.

The 45 states that impose a sales tax followed the Wayfair case closely, and unsurprising reacted swiftly and favorably to their new-found authority to tax previously untaxable transactions. To date, forty-three of these states have enacted an economic nexus threshold similar to South Dakota’s.

Clearly, the Wayfair decision has added complexity to comply with state sales tax laws. Companies will need to proactively monitor and react to state law changes to thresholds, rates and sourcing guidance not only in states which have enacted Wayfair-type provisions, but also states which have yet to enact an economic nexus threshold (Missouri and Florida).

Which States have Economic Nexus?

When reviewing the new sales tax economic nexus chart to determine the impact on your company, comparing your company’s sales-by-state to the threshold on the chart is just the beginning. The key is to comply without creating unintended consequences. Your company must take the proper steps to address the domino effect of issues created by the new sale tax nexus landscape before your company registers and starts collecting sales tax in new states.  (The thresholds are those currently in effect. These thresholds can and do change. Therefore, taxpayers should always check to make sure these thresholds are still current.)

This is for informational purposes only and is believed to be current as of 11/12/2019. The information is based on the best available information and is not guaranteed.

What Actions Should I Take?

Once this review is complete, companies should pause to determine whether they should register and start collecting or if there is an opportunity, based on the facts and a state’s law, to not register and collect. The Commerce Clause still applies, and Congress could act to regulate interstate commerce and impose limitations. Consequently, there is a need to act, but in a cautious and controlled manner. Voluntary disclosure agreements and amnesty programs may also come into play for companies who haven’t collected in prior years when they should have, even before this ruling.

Companies that haven’t had to file sales tax returns in many states and thus, have filed manually, may now need an automated solution to comply with thousands of taxing jurisdictions. Companies should consider different providers to find the best fit for their industry and transaction volume.

Companies should follow state legislative actions and non-legislative actions closely. Don’t play the ‘wait and see’ game; prepare now regardless of how things shake-out over the next few months. Congress could act or new litigation and challenges could arise.

A 12-Step Program on How to Respond to Wayfair

The Diagnostic will be based on the following information:

We can help you determine what changes, if any, you need to make, and how to do it so you can move forward. Contact your LBMC client service partner or use our contact us form for your custom Wayfair Diagnostic. LBMC provides this service for a flat fee. 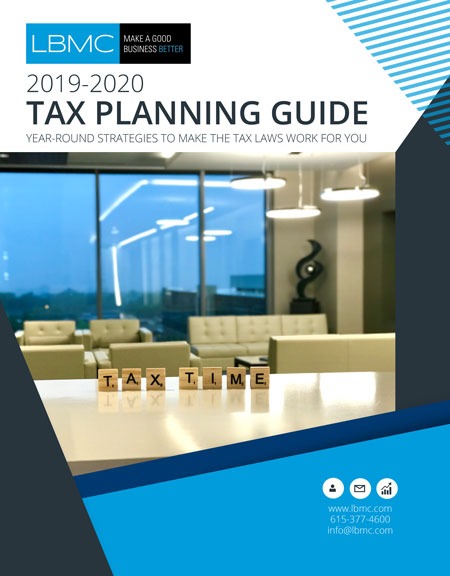